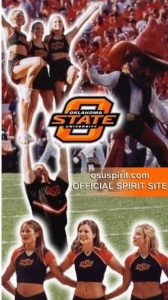 I was recently working with some girls from a local high school that mentioned some of the football boys were talking about quitting the team. The first words out of my mouth were “Grab ‘em! Let’s teach them how to stunt!” They just stared at me with this confused look on their face, and then it started to register. “Don’t ask them to be cheerleaders. Just ask them to come help you stunt and play around at the gym and I’ll take it from there. Friday or Saturday, I’ll make time.” Coed Stunt Class is Monday Nights at 8:00pm!

Quick back story: I was one of the first male cheerleaders at Mansfield High School. I had never seen one before, and wasn’t sure it was something I wanted to do. Three other guys stepped up before me, and they could all hold their own! Heck, I was the smallest one out of the bunch! We didn’t get a strong reception at first, but then the football team showed up to camp at SMU.  There were 1,500 girls and 22 guys attending. The football team walked up to us, looked around, and said that we were the smartest guys in school! When school started back, you had to go through the football team to get to us. After our first pep rally, the whole school was behind us! They had male cheerleaders for the next 9 years! Oh, they refused to call us cheerleaders. They called us Yellmen.

In 1987, I started the first Coed Stunt Class in Texas, and in 1993 I started the first Stunt Class in Oklahoma. We were helping kids get on college teams all over the country. One of the area high schools in Tulsa had a major injury while stunting. They went and recruited guys to spot them, and they still have guys today! They carried the girl’s bags, spotted their stunts, and wore shirts that said Security. Now they are cheering side by side with them. In Tulsa, I had some of the top football players, wrestlers, etc. on my team. They all said it was more difficult than their perspective sport but loved it! Many went on to cheer in college and got scholarships.

If you would like to add guys to your program:

1) There are strength in groups, so don’t just ask one, get several.

5) Ask them if they would assist on the sidelines. (Gotta clear it with the administration)

6) Get the administration to give them a position: Yellmen, Stuntmen, Stunt Crew, (Insert color) Crew, etc. Get them polo shirts with the school logo on the chest, and shorts or warm-up pants and they are good to go!

7) Incorporate them into a Pep Rally.

8) Get them on the sidelines with the team, give them a megaphone and tell them not to cuss!

9) If it gets big enough and you need to have tryouts, have them tryout for a separate position. You don’t want them competing for your position, do you? It could start out as one or two guys per stunt group (aka: two extra bases, or one back spot. The more guys you have, the more girls that can fly!) If it comes down to tryouts, you have to be careful. Some guys can’t dance, are too big to tumble, and potentially horrible at jumps. The ones that can dance, jump and tumble may not be strong enough for stunts. You’ll need a balance.  I would be more than happy to speak with the administration and assist if it comes to that. For now, just hand pick them.

If you want guys, go get them! Think about it. A couple of cute cheerleaders walk up to the guys and ask them to come stunt with them. Where? The Tumble and Stunt Institute! (Notice that I didn’t put cheerleading into the name of my gym? Some guys won’t go near a cheerleading gym because of the stereotype)

I’ve got your back, but you have to get them into the gym! 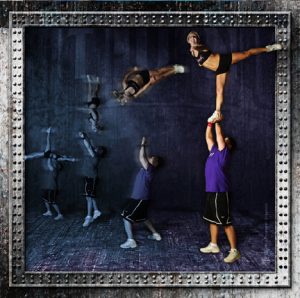