Montana first came to TSI his senior year at Rowlett High School, and has been hanging around coaching Stunts ever since!

From 2013 - 2014, he attended Cisco Junior College. There he was on their Game-Day, Performance and Travel Teams. In 2015, Montana came to Frisco and began coaching full time. While he was home, he performed at multiple NFL halftime shows with the World Famous Dallas Cowboys Cheerleaders! He went to Tyler Junior College in 2016 and competed at the NCA Collegiate Natioals inn Daytona. Since then, Montana has been coaching competitively and working with athletes from all over the world! On the weekends, he spends his time setting up and running competitive cheer competitions all over Texas for NCA, Spirit Celebration, Spotlight Championship and United Cheer. 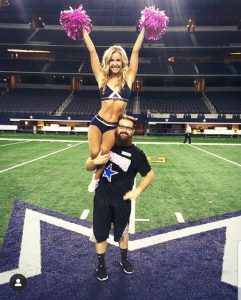